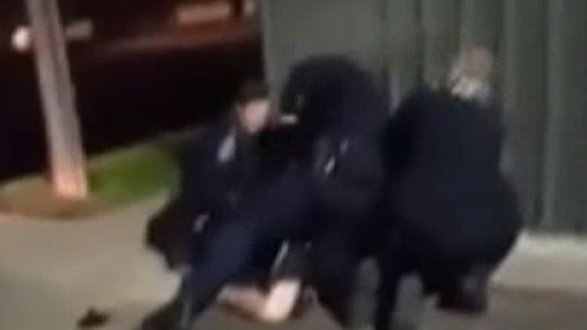 The South Australian Police (SAPOL) have cleared a Port Adelaide officer over a violent arrest of an Indigenous man. Not only have they cleared the officer, but they have also reinstated the original charges of the man. Noel Henry has been re-charged with hindering police, resisting police and property damage.

The 28-year-old man was riding his bicycle on June 16 when he was stopped by police. He was searched on suspicion of carrying illicit drugs. The officers were initially responding to a call about a domestic violence assault nearby. After initially cooperating with the officers, there was then an altercation which was captured on video by witnesses

In the video, which was shared to Facebook, it showed three officers pinning Mr Henry to the ground. One officer seems to strike Mr Henry several times. The video also shows the officers slamming Mr Henry’s head into a concrete slab.

Mr Henry was then taken into custody overnight. He was not allowed to see field workers from the Aboriginal Legal Rights Movement (ALRM), and was not given medical attention. He was released the next day by the back door.

The body camera of the main officer fell off in the altercation. SAPOL Commissioner Grant Stevens decided against releasing the footage citing that the matter is now before the courts.

In a press release, Commissioner Grant Stevens said the officers did no wrong.

“The Anti-Corruption Section investigation determined the officers acted reasonably and in good faith in the circumstances and had not committed any criminal offences in their dealing with the man,” stated Stevens.

ALRM South Australia CEO Cheryl Axleby is beyond disappointed in the decision.

“We’re very frustrated that we have an outcome where we have a man clearly subject to racial profiling – which is how our mob is stopped on the street — while police attempting to pursue an unrelated family violence incident, and [then] proceeded to arrest him,” she told SBS News.

“This is what happens when we have police investigating police.”

In 2018, Victoria’s Independent Broad-based Anti-Corruption Commission (IBAC) conducted an investigation into police corruption. The inquiry revealed that 51 per cent of investigated cases failed to consider all relevant evidence. A further 61 per cent did not address human rights issues and 32 per cent showed signs of inadequate supervision. Police cannot be trusted to conduct internal investigations and police culture is, in fact, facilitating such misconduct.

If you want to sue the police or corrective services for unlawful arrest, false imprisonment, malicious prosecution or police assault, battery or brutality, contact O’Brien Criminal and Civil Solicitors on (02) 9261 4281 to set up a free appointment with the Civil lawyers.