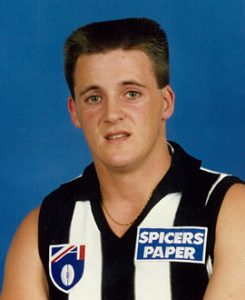 Orval rose to fame after his mischievous sons started uploading videos of them pranking their explosive dad. Needless to say, the reactions were so good he quickly became a viral sensation. The nickname Angry Dad emerged from these explosive and angry reactions to the pranks.

Based in Melbourne, Orval kicks off with an update into lockdown.

“I can’t complain because so many are doing it harder and way worse off… but it’s fucking tough mate!” he told Brent.

Mark is in lockdown with his wife Sharon, and daughter Hannah. His son Dylan is living 45 minutes from them in Melbourne, with his other son Mitchell living in the Gold Coast with his partner Chloe Szepanowski.

In this weeks podcast, rent goes deep with Mark to not only explore why he is so angry but some delves into some deep stories of his past of his ultimate story of redemption.

Brent takes Mark back to his youth, when he was scouted for Collingwood as a teenager

“A county kid that came to the city at 16 to fulfil his dream and play AFL footy – or back then VFL footy – that just never went home,” Mark said.

At the time he didn’t quite realise, but as a father now he can see how difficult this move must have been on his parents.

“It was hard on them, and it was equally hard on me,” he said.

Coming from a working class family, Mark appreciated the hard working nature of his parents.

In his documentary, Welcome Stranger, Mark’s mum talks about the career move that started it all.

“[A scout] come along, picked him to go to Collingwood, and he was good-good-good at football, beautiful-beautiful mark,” Marks’ mum said.

Welcome Stranger not only addresses his rise to fame through #angrydad, but also his struggles with mental health. In partnership with Movember, the short film has received numerous accolades including winning an AACTA in the Social Shorts category.

“Something only those very close to him knew about “AngryDad” or as some may know him, Mark Orval… Was that he has suffered with severe depression ever since his AFL career was cut short! With extreme ups and downs; and even suicidal thoughts consistently occurring for some 20 years after his career!” stated a Facebook Post on the Angry Dad page.

Suffering from depression and anger management issues, Mark received a wake-up call from his wife, Sharon.

“She said if you don’t do something about this, I’m out of here,” Mark told Brent.

Seeking treatment, Mark emphasised the need to be transparent and trusting of healthcare professionals. He states that this assisted him to obtain the best treatment available.

“That was about knowing and understanding what’s right, what’s wrong, what the triggers are, how do you avoid them,” he said.

While #angrydad mainly made fun of Mark, he’s happy to have it as his legacy.

“If at the end of the day the legacy I leave on this planet is that, even at my expense, I’ve created some laughter to bring some people back from a shit deep dark place, then I’m happy with that, I’m actually really happy with that.”

Mark left The Clink listeners with some fantastic life advice.

“Just be honest and loyal and trustworthy, treat everyone with respect and at the end of the day, until they give you a reason not to, everyone deserves to be treated equally, fairly and in a way that you’d like them to treat you.”

You can listen to the full episode of Angry Dad on The Clink, available on Spotify, Apple Podcasts or wherever you get your podcasts. 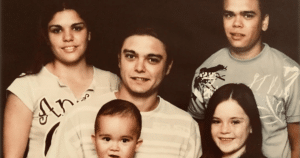 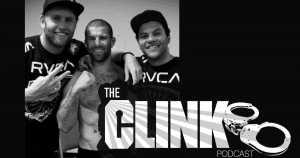 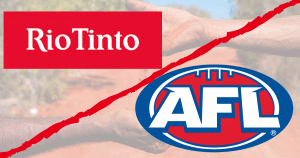